I first saw the original painting by Dutch painter Johannes Vermeer (1632-1675) in Amsterdam and was inspired to create a modern day portrait photograph. The project started with a study of Vermeer’s subject and lighting arrangement. The original artwork was thought to be know in dutch as a “Tronie” (a modern day ‘look-alike’ or ‘pin up’), and sold on the high street as a means of generating income. The movie “Girl with Pearl Earring” suggests a relationship existed between the sitter and painter, however in reality Vermeer’s highest income was derived from commissioned Tronies by rich gentry who wanted to hang paintings in their homes portraying their secret fancies (unknown to the wife of course). Vermeer’s original painting was titled “Girl with a Turban” and her ethnicity may well have derived from the Dutch East Indies.

I selected model (Astrid Restu) for her similar facial bone structure, emphasised in Vermeer’s compositional arrangement. Coincidentally I discovered Astrid’s mother was of Dutch origin and father (Malaysian origin). This confirmed my decision as Malays’ had been living in Holland from the era of Dutch Colonial Empire. We used Astrid’s home lounge as a make-shift studio – a collaboration photoshoot. 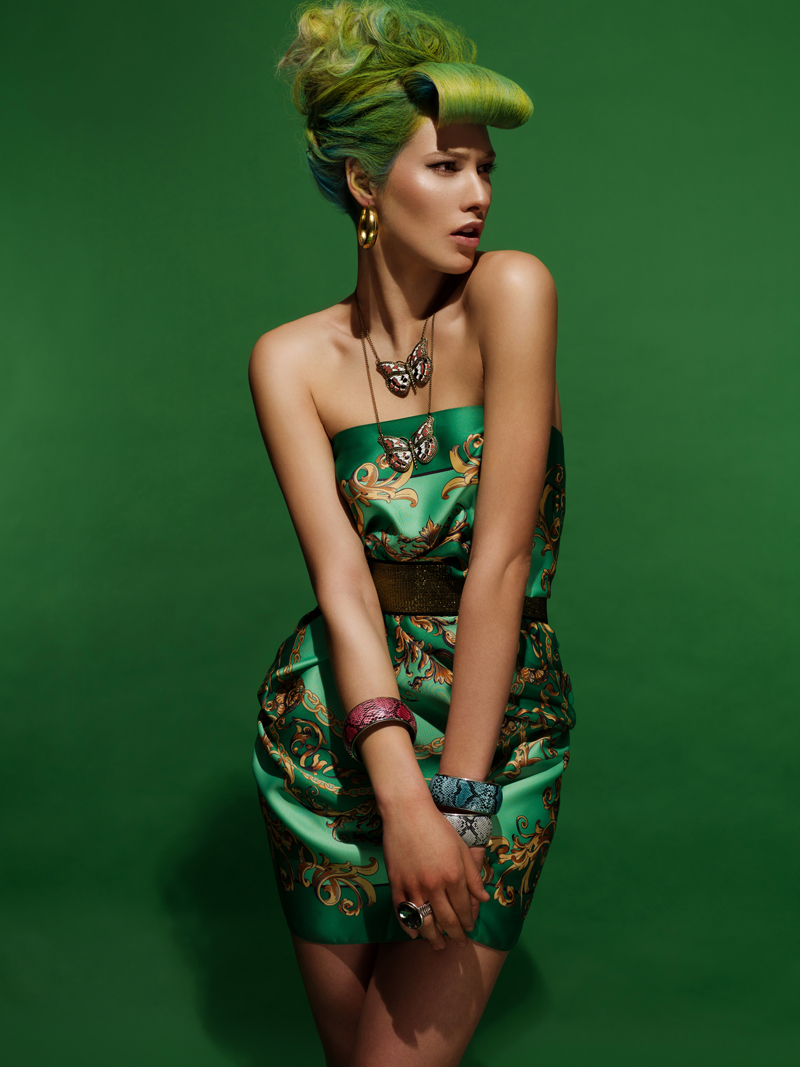